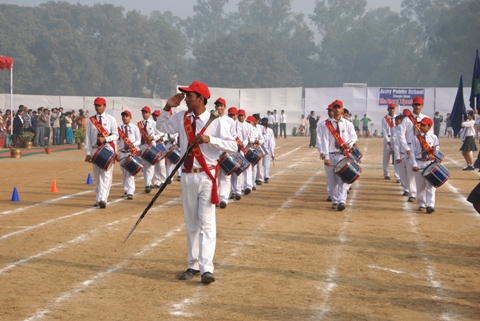 Army Public School lays great emphasis on sports activities to develop the over all personality of its students. A well-developed infrastructure in terms of basketball and volley ball courts, football, cricket and hockey fields and tennis courts exists in the School. Students participate in all tournaments recognised by the Directorate of Education and in other State / National Championships organised by various State Associations and National Federations. Students of APS have been excelling in various sports and have won laurels in various tournaments. The out standing achievers are :-

As part of the future plans it is proposed to construct a Squash Court, Table Tennis room and a Shooting Range in the school. The facility for riding is also proposed to be re-started.